Extrajudicial Termination of a Lease: A Double-edged Sword

Extrajudicial Termination of a Lease: A Double-edged Sword 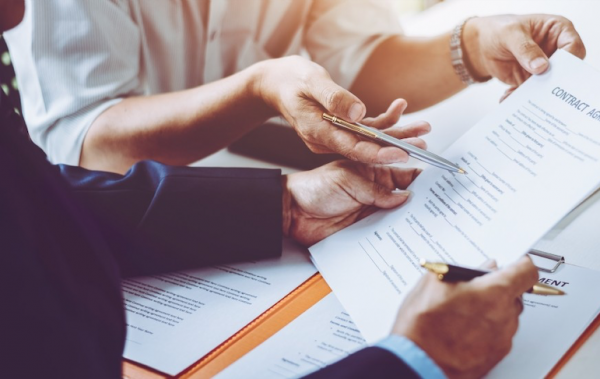 For several years there has been some debate about the ability of landlords to terminate a lease in extrajudicial fashion, i.e. sending a notice of default and changing the locks on the leased premises.

The history of case law on this matter since the ruling on Place Fleur de Lys vs. Tag’s kiosque Inc.[1] suggests that the majority view is that it is a valid approach, provided that:

That position was recently taken by the Court of Appeal in its ruling on 9745866 Canada Inc. vs. 9518002 Canada Inc.[2], where the extrajudicial termination of a lease was deemed to be valid.

The dispute was between a lessor and a lessee who had agreed to a lease with several renewal options, for a possible occupancy of up to 40 years. Despite their agreement and several reminders from the landlord, the tenant failed to get his business up and running for over a year after taking possession of the leased premises.

Fed up with the delay, the landlord sent a notice of default, formally putting the tenant on notice to get his business operating withing ten days or face extrajudicial termination of the lease. After another month went by and nothing changed, the landlord followed through on his threat and replaced the locks.

The tenant then brought proceedings against the landlord for damages, and obtained a safeguard order to prevent the landlord from re-letting or subdividing the premises. In return, the tenant deposited the rent due into a trust account.

After analyzing the case, the Court of Appeal confirmed that extrajudicial termination of the lease occurred on August 20, 2018, the date when the notice of default expired. The court allowed the landlord to retain the tenant's leasehold improvements and the rent paid up to that date, in accordance with the terms of the lease.

Surprisingly, however, the court rejected the landlord's claim for the rent paid by the tenant in trust during the legal proceedings. While it is logical that the tenant should not have to pay rent beyond the date of the extrajudicial termination, it must be noted that the safeguard order had the effect of preventing the landlord from having peaceful enjoyment of his building, of minimizing his damages, and also re-letting the premises to a third party for a period of almost three years.

Although it is logical that a tenant should not have to pay rent beyond the extrajudicial termination date, it must be noted that the safeguard order prevented the landlord from peaceful enjoyment of his building, from minimizing his damages, and being able re-let the premises to a third party for almost three years.  In fact, the court clearly chose to make the lessor bear the inconvenience of the contested extrajudicial termination, even though this situation resulted from the lessee's repeated default. The Court expressed its ruling as follows:

[78] "The respondent chose to proceed with extrajudicial termination and, in doing so, was exposed to the possibility of the termination being challenged.

[79]  The respondent also chose to evict the tenant without a court order.

[80] Instead of maintaining the status quo, the respondent made plans to alter the rental premises in order to lease them to a third party. Those plans obstructed the resolution being sought by the appellant in his action to contest the termination. The respondent’s actions forced the appellant to seek a safeguard order to protect his rights. That request was granted, and the judge ordered that the rent be paid into a trust account during legal proceedings.

[81] Since the lease was terminated in August, there is no justification for the respondent keeping rents after that date, given that by evicting the tenant on his own initiative the respondent deprived the appellant of  enjoyment of the rented premises."

That decision may seem surprising, especially in light of the lessor's other obligations when a termination occurs and is subsequently confirmed as valid.  The question then arises: How to reconcile, on the one hand, the lessor's obligation not to change the status quo during legal proceedings (as mentioned in paragraph 80) with, on the other hand, his obligation to mitigate his damages and attempt to re-rent the premises[3]?

Without expressly stating its position, the Court of Appeal provided some answers to that question. In particular, it emphasized that the lease did not contain a clause allowing for unilateral, forcible eviction of the tenant, but merely a right of termination.

That nuance is important because in these circumstances the landlord had to bear the risks of an eviction without a court order; hence the rather unfavourable decision against him. Let us hope that a subsequent judgment will shed more light by ruling specifically on this nuance.

In the meantime, it is important to remember that a landlord should seriously consider the advantages and disadvantages of extrajudicial termination before going down that path. This exceptional court ruling shows that it is a choice that involves certain risks.