BOMA QUÉBEC PRESENTS ITS NEW BOARD OF DIRECTORS 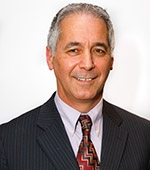 Montreal – BOMA Québec is pleased to unveil the composition of its new board of directors for the year 2016 – 2017. Board members were named during the annual general meeting held on May 5, 2016.

The following members are equally on the board as administrators and governors:

BOMA Québec would like to thank the departing board members for their contribution and their implication: Messrs Guy Lamarre, Ivanhoé Cambridge; Robert Barbeau, Signature service d’entretien; and Nicolas Valence, SNC-Lavalin.

BOMA Quebec is the Quebec Building Owners and Managers Association. It has more than 400 members representing 85% of commercial Class A buildings in Quebec. Some 25% of members do volunteer work on our committees, thereby helping to make BOMA Quebec the most active and dynamic association in the industry. A leader in the industry since 1927, over the years it has become a major force in the Quebec real estate sector because of its active role in addressing pressing issues, its training programs, its innovative approach to responsible environmental management via its BOMA BEST® certification program, and its Standard Method of Measurement which has become an industry benchmark. It is affiliated with BOMA Canada and BOMA International, which has offices in a dozen countries such as Australia, Russia and Japan. BOMA has 16,500 members in North America who own and manage more than 9 billion square feet of commercial space.